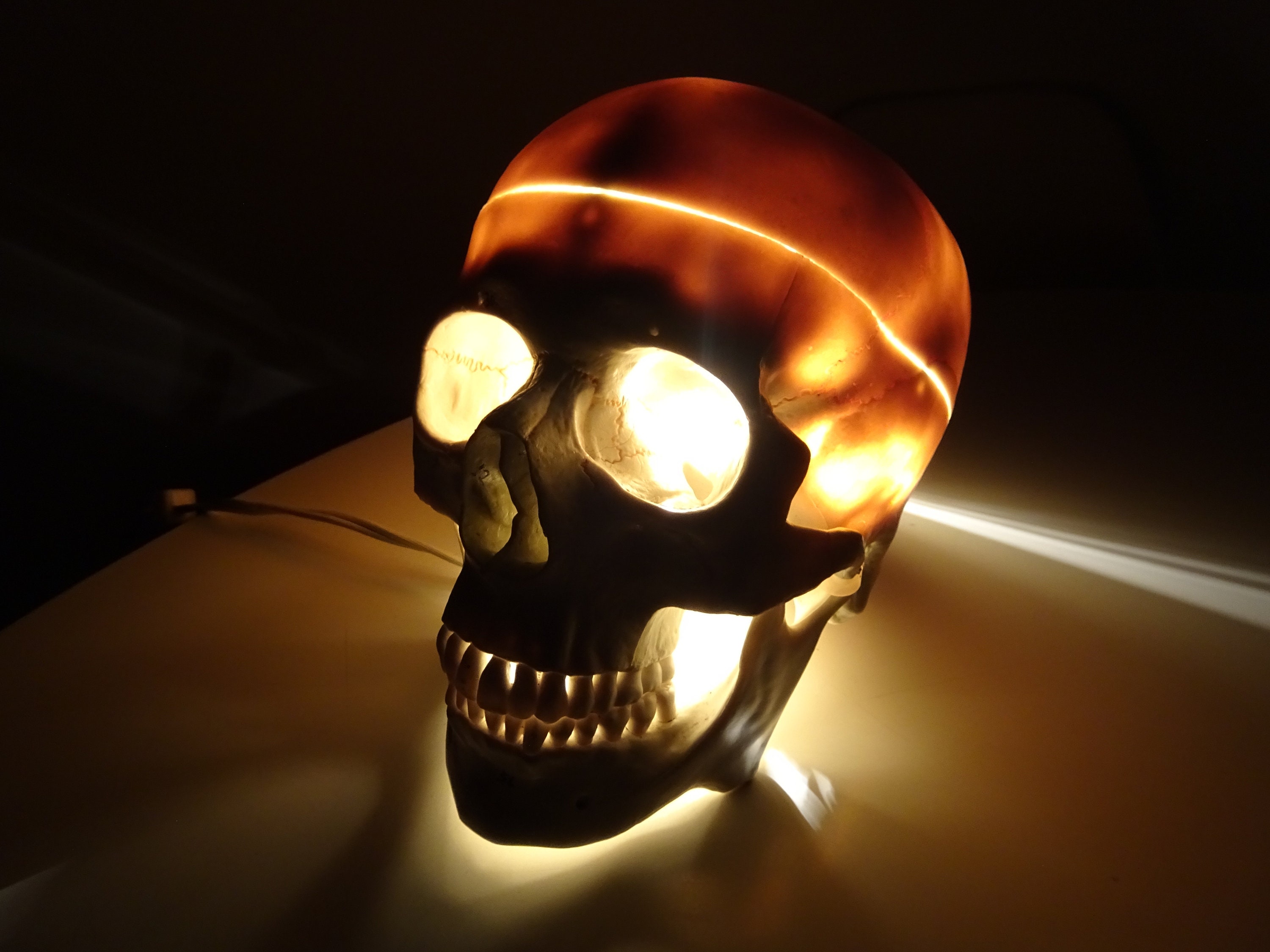 c.1990's anatomical study life size human skull....that is also a lamp! No, I did not get the idea from Ed Gein. It was given to me by a professor from Wichita State University mid to late 90's, while attending. Some years later I found a nightlight plug from a plastic santa clause and had the idea to clasp the bulb in the hole where the brain stem is known as the foramen magnum. It worked like a charm. It was used as a Halloween display for the first so many years and even plugged it in every now and then for fun. Skullcap and mandible can be removed for further examination. The skull is numbered, but their was never a key. No cosmetic concerns or issues. If you don't use it as a light, the cord can fit inside the skull for safe keeping. This is one of a kind. Now that I have posted this, imitators most likely will start popping up all over the internet. As for now this is an original idea and the only one like it over the internet. For the time being that is. This is heavy and well made. I wouldn't bowl with it, but I do believe you will like the quality.