The sugar skull is deeply linked to Mexican culture, given that it forms a key part of Día de Muertos celebrations throughout both the country and the world. The sugar skull has also become an increasingly popular Halloween costume and face paint phenomenon for those celebrating this indigenous Mexican holiday. Here’s everything you need to know about the sugar skull, a sacred and popular icon.

Sugar skulls have been closely connected with the early-November Day of the Dead celebration since the 18th century. On November 1st, to celebrate the Día de los Angelitos, miniature sugar calaveritas are placed on altares to represent the deceased children they’re honoring. On November 2nd, they’re replaced with larger versions to honor older deceased relatives. However, the production of sugar skulls actually began in Mexico in the 17th century, when abundant supplies of sugar were used to produce inexpensive versions of church decorations. 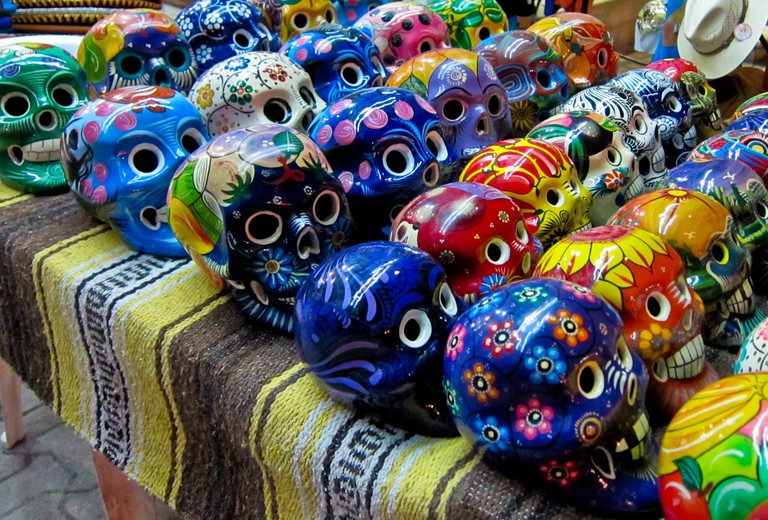 Sugar skulls can be either ornamental or edible, but they are always richly decorated. However, those intended to be used for ofrendas are definitely not meant to be consumed. The decoration of these alfeñiques or calaveras generally follows a few rules: they must be colorful, and they typically bear the name of the departed soul on the forehead. The practice of adding names began in the 19th century, and since then, numerous other decorative elements have been added. Take, for example, the flowers that surround the eyes – these supposedly symbolize life, whereas the forehead cobweb pattern symbolizes death. Therefore, the meaning behind sugar skulls is often complex — death is represented as a new start or a type of rebirth. 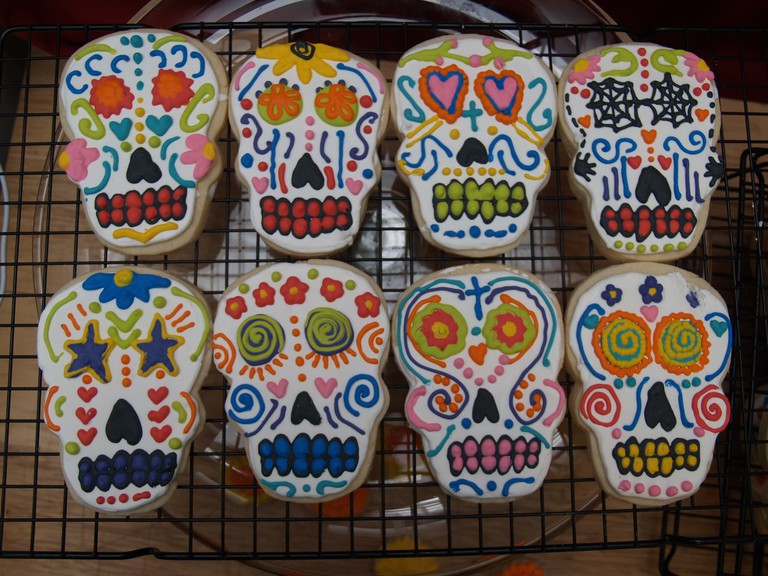 Artisanal sugar skull producers often spend up to six months preparing the year’s batch of decorative skulls. After casting the sugar paste in molds and leaving it to set, they add the finishing touches: beads, feathers and paint, and foil to draw on the iconic patterns. In fact, the city of Toluca hosts an annual Feria del Alfeñique at which artisanal sugar skulls are created and sold by vendors. Prizes are up for grabs for the vendor with the most exquisitely produced and intricately decorated calavera de azúcar, so the results are always spectacular. Even so, the creation of artisanal sugar skulls is a dying art, as mass-produced sugary offerings increasingly make their way onto the market. 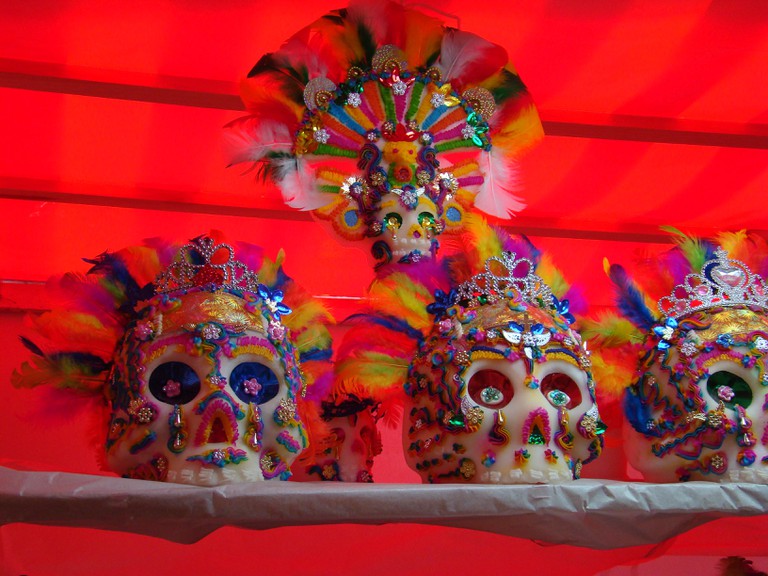 The term sugar skull is now commonly applied to anything that bears the distinct decorations of the originals whether it be a tattoo or a particular style of make-up. A sugar skull tattoo is used to memorialize a deceased loved one in a permanent way, whereas sugar skull make-up is popular among those attending Day of the Dead or (more commonly in countries outside Mexico) Halloween celebrations.